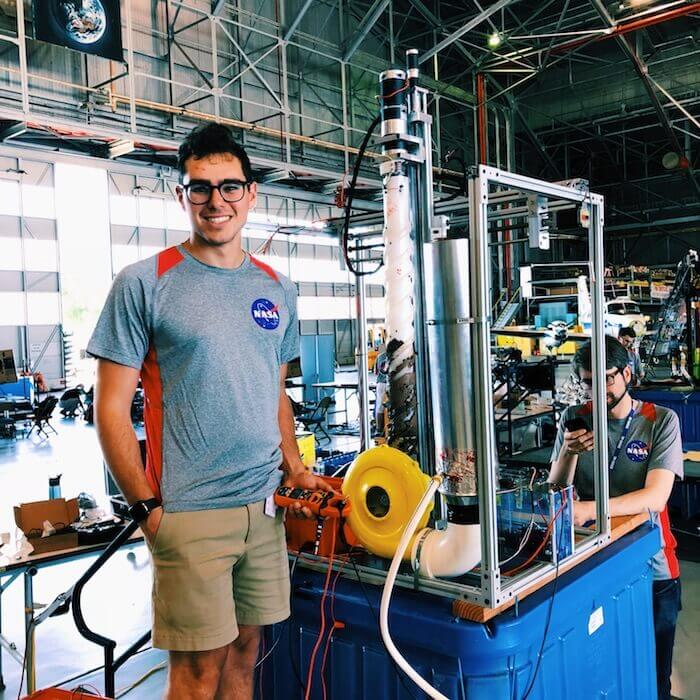 As we slip the surly bonds of Earth and look to survive on other worlds, it will no longer be feasible to exclusively supply missions with Earth-sourced materials. We will need to master in-situ resource utilization of commodities such as water. For example, recent discoveries of large ice deposits under the Martian surface could be an excellent source of drinking water and propellent for manned missions. The Mars Ice Challenge was NASA's competition to encourage innovative approaches to water extraction from this subsurface ice. As finalists in the proposal round, my Carnegie Mellon team was given $10,000 to build and present a prototype to NASA scientists at Langley Research Center.

As the Controls team lead, I managed the design and development of all electrical, computing, and control systems for CMU's Tartan Ice Drilling System (TIDS). The adaptation of ice core drilling processes for the Martian environment allowed for the application of effective and reliable Earth-based solutions. The implementation of an induction distillation process presented an opportunity to generate highly-pure water samples at low time and energy cost. The design of the control system was intended to mimic production spacecraft operations from the start, leading to more practical outcomes for future development. Altogether, TIDS combined many novel and innovative components into a single system, all of which yielded interesting takeaways for NASA research.

As the brains of the drilling system, the control and communication system was designed to maximize autonomous operation and seamless function of all hardware components in way that resembled a true NASA Mars mission. Our computing selection mimicked the Curiosity and Mars 2020 system architectures using a BeagleBone Black Wireless development board. Our software was embedded C++ code running on top of the Debian 9.3 IoT RTOS kernel.

The control system was divided into five subgroups: power, positioning, drilling, heating, and chilling. In the power subgroup, a relay controlled power to all other components and a hall effect current sensor provided power consumption logging for the entire system. In the positioning subgroup, stepper motors controlled movement on the X and Z axis, aided by inductive proximity sensors at the ends of each axis for homing. In the drilling subgroup, a 400W DC motor ran the drill, and an encoder, current sensor, and weight on bit sensor allowed for dynamic speed adjustment to remain below stall torque. In the heating subgroup, an induction controller ran the heating process, monitored by an infrared temperature sensor, and the melting chamber cover was sealed by servo motors. In the chilling subgroup, an air blower was controlled through the relay. We constructed a robust power system to transform a single 120VAC input for the electrical needs of the hardware.

All software was custom designed for the BeagleBone with drivers for the various hardware components. The software was divided into two repositories: BBBKit and tids-control. BBBKit is a custom library I developed to abstract the I/O functions of the BeagleBone. Due to the rapid growth and continued development of the BeagleBone kernel, no existing library supported all I/O operations on the newest kernel. The development of BBBKit even led to some novel research into the relatively-undocumented kernel for PWM configuration and the PWM chip mappings. The tids-control software, built on top of BBBKit, controlled the autonomous operation and communication with hardware component drivers. Commands and telemetry were transmitted wirelessly, just like a traditional spacecraft. Thus, our controls hardware and software were built as a proof-of-concept for a true Mars mission.